Update (20/09/2014): I’ve updated the following walkthrough because people are still using it. It was originally written back in 2012 and parts of it were really out of date e.g. almost all the installation process can now be replaced with “npm i -g casperjs phantomjs” (we have npm now, yay!). Give me a shout if something is still out of date. If you’ve commented (thank you <3) but your comments keep disappearing, that’s my bad and I’m sorry. They will reappear. I just need to merge over all the existing comments from a previous platorm first.

Integration testing gives you peace of mind that everything is working the way it should. Normally when I speak to other engineers about work, we end up speaking about workflow, tools and release processes. I’m always surprised by the amount of front-end engineers that don’t write integration test. When asked why, they give the following answers:

“I did have a look at Selenium, but it freaked me out. Getting it installed and ready to go looked a right pig!”

“The back-end guys usually just do that”

So rounding up the problems that people are facing, we get the following:

PhantomJS is a headless WebKit with JavaScript API. CasperJS is a navigation scripting & testing utility that runs on top/alongside of PhantomJS.

If you’re thinking “headless WebKit??!!?”, then it might be easier for you picture PhantomJS as a web inspector console that can be injected into any web page that you want, then accessed and used.

CasperJS makes it alot easier for you to navigate around a web page testing as you go. To be fair, my explanations don’t do these two tools enough justice. Please visit http://phantomjs.org/ and http://casperjs.org/ for a better explanation and more advanced features that aren’t covered here.

Both are really easy to use and extremely powerful!

Requirements (for this walkthrough):

First things first, your Mac probably already has Ruby installed (You can check by running “ruby -v” in the terminal).

I’ve tried installing PhantomJS via other (non-package manager) methods and it was a shameful experience, trust me.

Open up the terminal and copy and paste the following into it. Hit enter. This may take a few minutes to finish.

Confirm Homebrew is all up in your system.

This will output the Homebrew (brew) version number and the help menu, should you fancy a quick rummage around.

Install PhantomJS. This may take a few minutes to run.

Anyone one that tried and failed to install PhantomJS using the downloadable executable will be kicking themselves now (me included).

Has PhantomJS installed? Which version have I got?

This will do the same as Step 2 but for PhantomJS.

Install CasperJS by running the following commands one after another:

Now just to verify that everything is installed in a suitable place please run the following:

Which should output something similar to the following:

Now that everything is installed and ready to go we can get started with some basic tests. For example purposes only I’m going to run and build the test in a folder called “integration_tests” on the desktop (very imaginative I know). Normally, you would have them checked in to your project repo so other team members can add tests and use exisiting ones.

Copy and paste the following code and save the file:

Now run the following in the terminal:

The above is just scraping the surface of what we can do. See http://phantomjs.org/ and http://casperjs.org/ for more information.

If you didn’t get the above result then please let me know what went wrong and we can update this to help others. Also, if you think I made a mistake or think something would be easier to understand, please let me know! 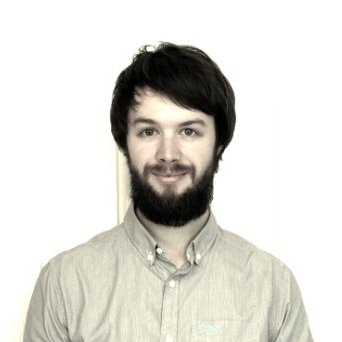 Danny Croft is an open source developer that loves working with new technologies. Here he documents his thoughts and shares items of interest.